12 Tips to Get a Coveted Chambers and Partners Ranking 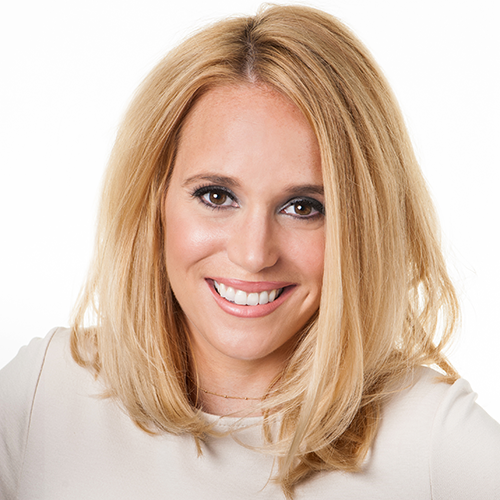 In a recent Law Firm Marketing Catalyst podcast episode, Principal Megan Braverman shares her years of experience submitting nominations and gives listeners 12 pointers for getting listed in Chambers and Partners.

About Chambers and Partners (“Chambers”)

Chambers is a legal ranking that uses many in-depth editorial and research teams to assess lawyers and law firms throughout the world, covering more than 185 jurisdictions. Many consider Chambers to be the leading directory in the legal profession and one of the toughest lists to get on.

Currently, the lawyer ranking guides are by geographical area with well over one hundred different practice areas and subcategories. Chambers expands the range of practice areas every year.

Chambers does not consider size of the law firm in its rankings. In the last five to eight years, Chambers has made a much stronger push to accommodate small firms.

How do you get listed on Chambers?

Focus on getting a regional ranking before you pursue the nationwide one. Even if you have a national practice, if your firm hasn’t been ranked regionally (meaning wherever your offices are located) securing that national ranking is not impossible, but it is extremely challenging.

If your firm has a regional ranking and it truly has a national presence, go after the national ranking right away; don’t wait a few years to submit.

Chambers is one of the most extensive nominations there is. It asks for a great deal of detail and you’ll need to coordinate with multiple people to provide the information requested. If you’re rushing through it or even starting a couple of weeks before the deadline, the results may be less than adequate. Start a minimum of two months ahead of the submission deadline so you can do justice to your nomination.

Referees is the term Chambers uses for clients or co-counsel that can talk about the caliber of your work. You can submit up to twenty referees, which you should.

You need to make sure you step your referees through the process: let them know that you’re submitting their names; explain that Chambers researchers will probably contact them first via email to set up a phone call; explain what questions the researcher might ask (the researcher will give you all this information). Explain to your referees that it’s going to take very little of their time; researchers usually just want a 10-15-minute conversation

Some people feel very comfortable talking on the phone and giving interviews; others might not, so you really want to look at each referee and determine how to best prepare them. This is extremely important as input from referees is heavily weighted over the actual submission itself.

Chambers has about 170 full-time editors and researchers. They are the ones conducting the interviews with your referees. They look at your website and your nomination submission to get a sense of the landscape that you’re submitting for. The research process usually takes between one and two months. Every researcher is assigned to a different practice area so they’re not always the same year after year.

You can find information on which researcher is assigned to what practice area along with research schedules on the Chambers website. In our experience, researchers appreciate if you reach out to them to introduce yourself and offer to help them through the process.

Any lawyer can submit a nomination, and you can nominate yourself; however, not everyone warrants inclusion. You must be judicious as you can only submit 20 names and you really want to put forth the people who have had the most activity in the last year. Who you submit should be driven by the matters/deals you plan to submit, as the people on those matters/deals are the ones to put forth.

If, because of office politics, you must put someone in who isn’t putting forth any matters, you need to address that in the B10 section. That section gives you the ability to talk about that lawyer. Don’t just list the lawyer’s name and then nothing else; explain some of the things that lawyer has done in the last twelve months that could impress the Chambers researchers.

The B10 section is where you have the opportunity to describe why the nominee should be ranked. Most people gloss over this section or just pull generic descriptions of their practice area from their website, but this is the only part of the nomination that gives you the ability to really sell yourself.

The form itself consists of matters — confidential matters and publishable matters.  The B10 section is used as the way to describe what else that you do. Chambers wants substantive information, not marketing fluff. For example, quantify the amount of work that you’ve done over the years (e.g., you’ve worked on more than $4 billion in deal transactions or you’ve secured close to $10 million in verdicts and settlements), along with highlighting the attorneys that you want to showcase and have ranked. This is the kind of information Chambers looks for when considering firms and attorneys to rank.

Most of the nomination is describing your deals and cases, but keep in mind that the research team is reading thousands of submissions, so it’s important that you don’t try to tailor the form to fit your needs. You really want to follow the form and come up with a way to describe the significance of each matter and deal. Why was it important? What was the outcome? What impact did it have? Don’t just describe it. Think about telling a story and not just providing a basic description.

Chambers Confidential is a report that you can purchase that explains some of the feedback Chambers has had in prior years. For a one-time fee, the report provides insight as to why you, or any specific lawyer, haven’t been ranked in the past. It will also give you feedback in terms of what you might need to do to adjust your current nomination.

We recommend that if you know you are going to miss the deadline, contact the researcher ahead of time to let them know that the nomination form will be late. It’s important not to do this the day before the deadline, but at least a week or two in advance. From our experience, if you can submit the referee form by the deadline date, then the researcher can at least get started on the research process.

Even though researchers often change every year, one of the ways you can keep in front of them is through the editorial staff (look online for a list of all their editorial staff). It’s always a good idea to keep them apprised of what’s going on if it’s newsworthy, and something that you really want them to make note of so you’re not coming in cold during the research process. This also helps the editorial staff to start to get to know your law firm and your lawyers even better.

You’ve gone through this entire process. It’s extensive. It takes a lot of time. So why submit?

One of the things that’s most important to consider is that Chambers is just one way to level the playing field. If you’re a small firm stacked up against larger firms and you get ranked, it’s great and you can use it for marketing purposes — putting it on your website, etc. There’s a lot of mileage that you can get out of the ranking.

Once ranked, you can augment your presence as Chambers offers an expanded profile on its website. With an expanded profile, you can get more traction out of the ranking by paying Chambers annually to describe your firm and your practice more. There are other ways to extend the visibility of your ranking — Chambers has plaques, ranking brochures and a variety of different products that you can purchase or to which you can subscribe.

Discover a new way to market your firm