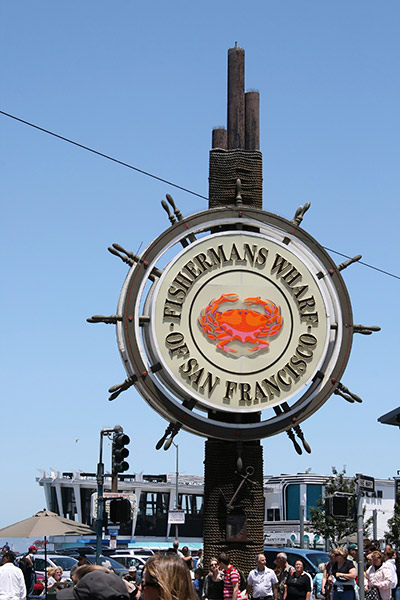 San Francisco, also known as “Fog City” and “The City By The Bay,” benefits from Silicon Valley’s cutting edge of the world’s knowledge-based economy in addition to being one of the world’s largest cities. The world famous city by the bay, San Francisco, is the country’s 14th largest city and the fourth largest in California, and is home to the iconic Golden Gate Bridge, as well as some of the wealthiest communities, such as Sea Cliff, which had an average household income of $321,000 as of 2014. It is also where Presidio Heights is located, which has an average income of $281,000 per household in 2014 (US Census). Professional services firms can take advantage of San Francisco’s growing wealth and population with the help of Berbay Marketing & PR.

San Francisco features robust technology and transportation infrastructures, an excellent quality of life, and one of the world’s most educated workforces, where worker productivity is twice the national average. It is home to the headquarters of companies such as Apple Inc., Intel and Adobe Systems. The San Francisco metropolitan produces more patents than anywhere else in the country and attracts 36% of the nation’s total venture capital investments.

It is an international business hub with nearly a quarter of the businesses (24%) Asian owned, compared to the state average of 14.9%. In 2013, an estimated 16.89 million visitors resulted in an all-time high of $9.5 billion in business in San Francisco. This means that on an average San Francisco day, 134,231 visitors are spending $25.7 million, which includes money spent on business meetings and conventions (San Francisco Travel). The Destination Analysts, Inc. San Francisco Resident Survey reports that San Francisco tourism supported 3.8% of jobs in 2013, which is equal to 76,834 jobs and a yearly payroll of $2.31 billion, which is a 5.7% increase from 2012. As for where tourists tend to congregate, the National Historic Landmark of Alcatraz Island is very popular, as well as Fisherman’s Wharf, which Ghirardelli Square is a part of.

According to the U.S. Census Bureau,

The San Francisco commercial real estate market has an inventory of more than 89 million square feet. Much of this is Class A commercial real estate concentrated in San Francisco’s Financial District. Life sciences and high technology businesses are driving declining vacancy rates and sales in 2014 were the second highest in the city’s history. An additional 13 million square feet of new development is planned, with seven million more square feet planned for the Mission Bay district, San Francisco’s Life Sciences hub.

San Francisco’s strong residential real estate market is evidenced by steadily rising sales prices and one of the lowest vacancy rates in the country. The city is densely populated with most of the population living in multi-unit dwellings. New condominiums and infill development are taking place largely in the SoMA and Potrero Hill districts.

The San Francisco market may provide your law firm, financial and real estate services, A/E/C or B2B enterprise opportunities for growth. If it’s a market you want to consider, Berbay Marketing & PR can help.

We provide our clients with public relations, marketing material, online marketing, speaking engagements, nominations and rankings and website development. We can help your firm grow by cutting through the clutter of today’s modern media environment with a clear, concise, compelling message. We can help your firm reach its potential clients you in San Francisco now and in the future.

If you’re interested in marketing your professional services in San Francisco, contact us at (310) 914-4200 or write to us at info@berbay.com today.