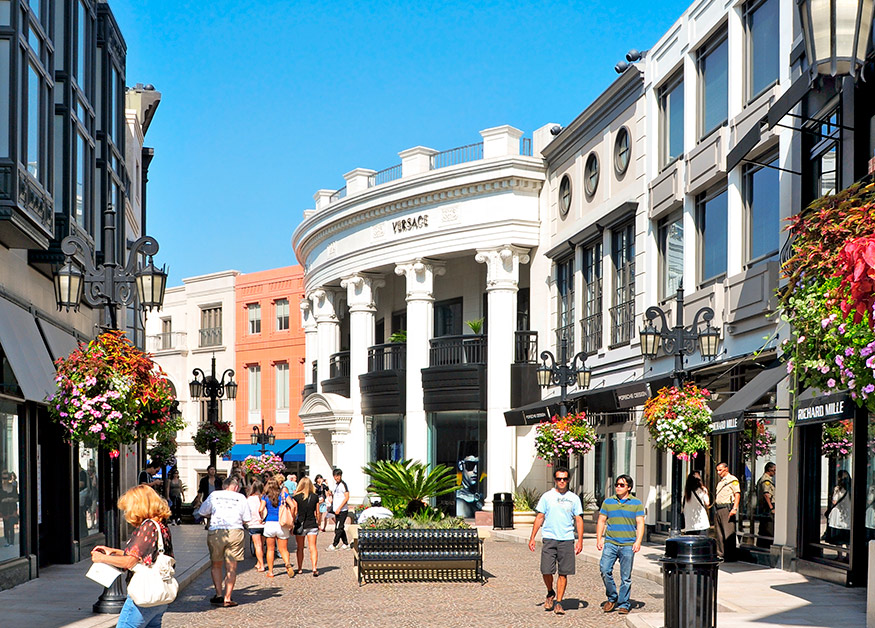 The city of Beverly Hills, California is the “luxury capital of the world” according to the city’s Chamber of Commerce. It’s the home of world famous Rodeo Drive where some of the world’s most exclusive and expensive retail stores are located. This southern California city is surrounded by the cities of Los Angeles and West Hollywood. However, Beverly Hills hasn’t always been the home of the rich and famous, it was originally a ranch and lima bean farm.

Beverly Hills was incorporated in 1914 by a group of investors who failed to find oil, but did find something Californians have learned to treasure possibly even more. Water. Today, you will find that many water conservation efforts have been made at several popular Beverly Hills parks, such as Beverly Gardens Park and Franklin Canyon Park.

The area was developed into the town that has since been a source of worldwide popular fascination, whether it’s the 1960’s TV show The Beverly Hillbillies, Beverly Hills 90210 in the 1990’s to the more current Real Housewives of Beverly Hills. Americans and the rest of the world truly see Beverly Hills as the “luxury capital of the world.”

The city has a population of nearly 29,000, according to the U.S. Census Bureau. What the city lacks in size it makes up for in wealth. The Census Bureau estimates,

If you’re interested in marketing your organization to the people or businesses of Beverly Hills, Berbay Marketing & PR can help. We work with professional services firms including law firms, financial and real estate services, A/E/C and B2B enterprises. Beverly Hills is home to many businesses and professionals working in these fields, with many of them being on Wilshire Boulevard and Beverly Drive. According to the Census Bureau, the city had 510 law firms in 2012, compared to neighboring West Hollywood, which had only 146 in the same year. With more than a thousand businesses providing real estate services and 465 offering financial services as of 2012, Beverly Hills is a thriving and prestigious business community. We provide public relations, marketing material, online marketing, speaking engagements, nominations and rankings and website development for our clients. We’re located in Los Angeles and we understand the Beverly Hills clientele. We know the city, its people and more importantly, its businesses.

If you’re in the business of professional services, there are probably many people living and working in Beverly Hills who would be interested given the city’s wealth and location. To be successful in reaching the Beverly Hills market you need to cut through the clutter of today’s modern media environment with a clear, concise compelling message that comes from many media outlets. Berbay Marketing & PR can assist your firm with honing those communication points and help you reach potential clients.

If you’re interested in marketing your professional services in Beverly Hills, contact us at (310) 914-4200 or write to us at info@berbay.com today.