Blog/Podcast: 5 Rebranding Dos and Don’ts from an Am Law 200 Firm 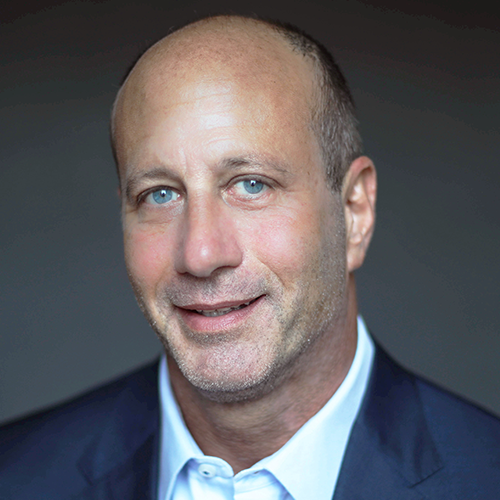 Am Law 200 law firm Goldberg Segalla recently went through a complete firm rebrand. This wouldn’t be that unusual, except that the firm kept most of its partners in the dark throughout the process.

Managing Partner Rick Cohen used this unconventional strategy intentionally, and his efforts paid off in a major way. He talked about the firm’s rebranding strategy, and offered his top dos and don’ts on the latest episode of the Law Firm Marketing Catalyst podcast.

Don’t get bogged down in discussion

Before undergoing a complete rebrand, Goldberg Segalla had attempted four other website overhauls throughout the years. Each time, however, the committee got bogged down for one reason or another, whether it was a debate about the firm’s tagline, website imagery or the financial investment of a rebrand. Although they always found a way to move forward, it was never with the vigor or efficiency that they could have had if only they got out of their own way.

Debates and discussions are important during a law firm rebrand (or any other major firm initiative) but at a certain point it becomes counterproductive and a final decision must be made. The best way to keep the conversation productive is by carefully choosing who is invited into it—which leads to the next “do.”

Do limit the number of decision-makers

In the analogy Rick offers, if you were a chef baking a souffle, the last thing you would want is a customer coming into the kitchen and saying, “You know what this needs? Ketchup. I put ketchup on everything. We should have more ketchup.” There’s a reason why customers aren’t invited into the kitchen to provide their commentary: decisions are best made by a select few people with relevant expertise.

In the Goldberg Segalla rebrand, Rick and two other colleagues took it upon themselves to represent the interests of the ownership group, and they intentionally didn’t tell anyone about the specifics of what they were doing. This wasn’t done maliciously; it was done to prevent their efforts from becoming mired in debate again, and because they were the people with the best perspective for the job. Take a note from their strategy and don’t populate committees with anyone that won’t add value to the initiative at hand just to feed their need to be included. Not everyone should be involved, and that’s okay.

Do prepare to offend some people

Of course, when you make a major decision without giving everyone an opportunity to provide their input, some people are going to be offended, either because they feel left out or because they don’t like the final result. That’s human nature. It’s a risk you must take, though, if you want to make change in the most efficient way possible.

Rick and his colleagues were expecting some portion of the equity community to fight against the changes when they were unveiled, which did happen. But they were prepared to talk the detractors through it, and ultimately every one of them was on board with the rebrand. If done incorrectly, keeping a firm initiative quiet can completely backfire. If done with care and advance preparation, however, you can make much-needed improvements and make everyone happy.

Don’t try to replace the experts

Goldberg Segalla’s rebrand committee included three senior partners, six people from its internal brand management team and six people from the outside brand consultancy the firm hired. Out of 15 people, only three were partners representing the firm’s attorneys. The rest were all experts who had a better understanding of brand concept, color and presentation than most lawyers ever could.

A rebrand is not the time to let ego get in the way. This is a case where you’re better off deferring to the judgment of people who do it for a living, rather than imparting your own judgment on them. Letting experts do their job takes the pressure off you, and if people are unhappy with the final changes, it’s much harder for them to argue with a professional’s opinion.

Do try to make pragmatic decisions

Just as you should take ego out of a rebrand, you should also take out the emotion. Every decision should be sensible, pragmatic and designed to bring benefit to the firm as a whole, rather than certain individuals or a small group. Even if only a handful of people are in charge of making a decision, by keeping these principles in mind, they’ll find a solution that benefits everyone in the end.